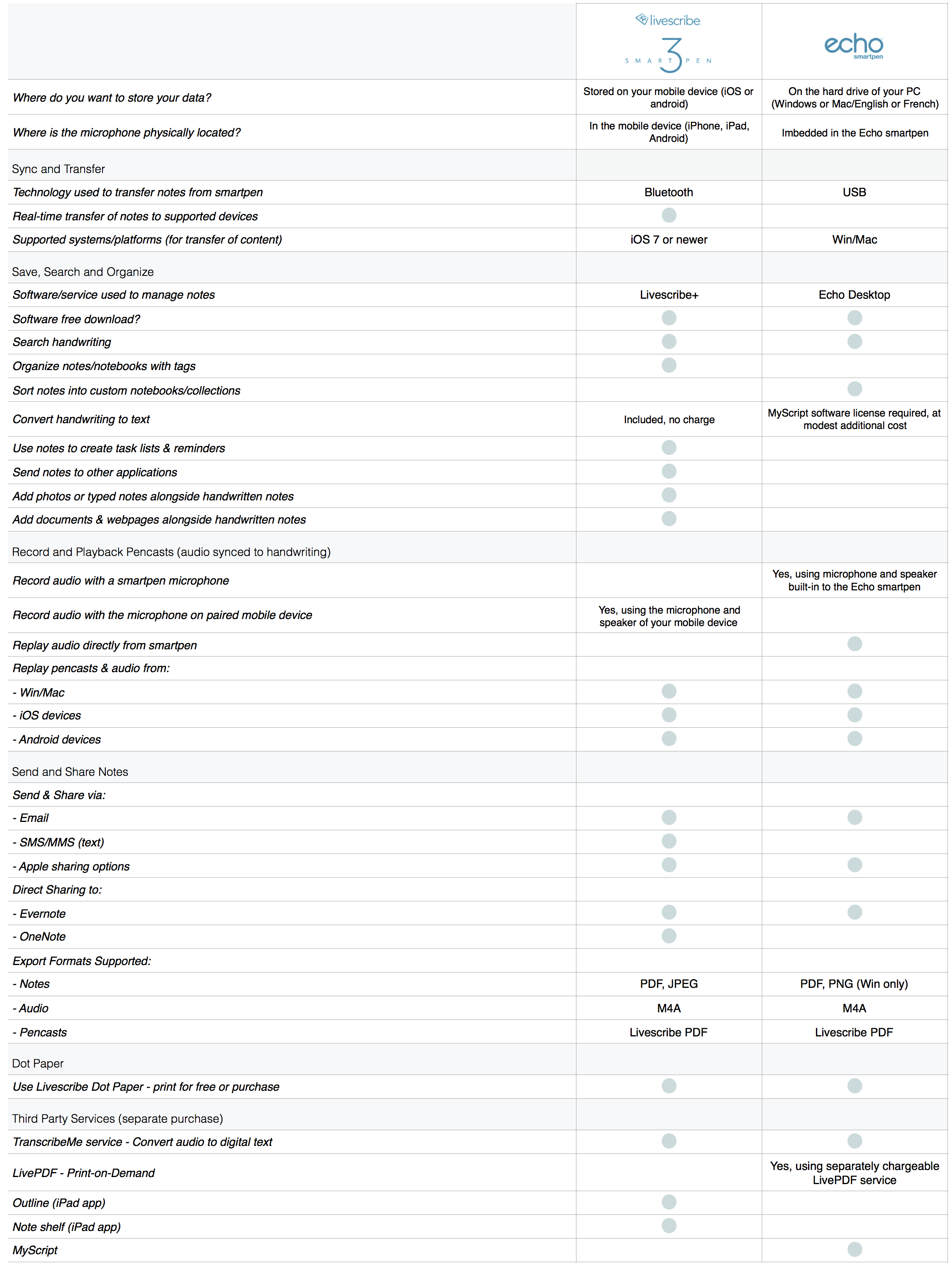 What are the requirements for using my "Aegir" or "Livescribe 3" smartpen with Livescribe+ on iOS or Android?
Learn about compatible devices and system requirements on Livescribe's Knowledge Base here:
https://livescribe.helpscoutdocs.com/article/896-83002-livescribe-compatible-devices-and-system-requirements
The Aegir (and Livescribe 3) smartpens require a Bluetooth LE (Low Energy) 4.0 (or later) Smart Ready mobile device running iOS 7 (or later) or Android KitKat 4.4.2 (or later) in order to transfer data. A list of devices includes the following:


To check the compatibility of your iOS iPhone or iPad device:
Check your Apple device model number.
To check the compatibility of your Android device simply install Livescribe+. Run Livescribe Link and the app will notify you if your device is compatible or not. In a short phrase, if it works on your device, it works. If it doesn't, it is not supported!
What are the requirements for using my Echo smartpen with Echo Desktop?
View the source article at Livescribe's Knowledge Base here:
https://livescribe.helpscoutdocs.com/article/1367-80101-echo-pulse-operating-systems-compatible-with-echo-desktop
Echo Desktop is supported on the following operating systems:
Mac Versions
Windows Versions
NOTE: Tablets are not supported. Windows RT, Windows XP, Windows XP Media Center, Windows 2000 (and previous versions of Windows), and Linux platforms are not supported. If you have Apple's Boot Camp version 2.1 or later on the Macintosh, you can use it to run the Echo Desktop using a compatible Windows OS. Although we have not qualified these and do not provide support, Mac users have reported Echo Desktop also works when running a compatible Windows OS using VMware Fusion 2.0 and later or Parallels Desktop 5 or later for Mac.